Connected to the rest of Iceland by a narrow, rocky isthmus, the secluded Westfjords unfold as a series of dramatic peninsulas and inlets that fan out across the sea like a massive human hand. This is a wild and untouched area that’s considered unique and exciting even by Icelandic standards. The fishing town Isafjördur is the center of attraction in the midst of the lonely area. From here you can go on a kayak trip to the village of Flateyri, a boat trip to the island of Vigur, or a bus trip to the impressive Dynjandi waterfall. The island of Vigur, also known as Paradise Island, offers great motifs for passionate photographers, as it serves as a popular residence to countless bird species, including the famous puffin. Vigur is also the place where you can find Iceland's only remaining windmill and the smallest post office in Europe. 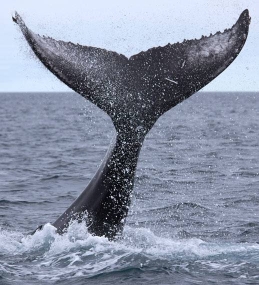 Observing a whale in the wild is an incomparable experience. The sight of its massive body majestically rising from the water and then lifting its tail fin in farewell is an image that will stay with your forever. The ocean around Iceland is particularly welcoming to the world’s largest mammals and with 23 different types of whales passing through these waters.  Nowhere else on the planet is there a greater variety. The coastal town of Húsavik is the perfect place for whale watching. A sighting of the "gentle giants" from here is very likely. With a little luck, you can not only see minke or humpback whales, but even orca or blue whales. In any case, you should dress warmly and have your camera ready. 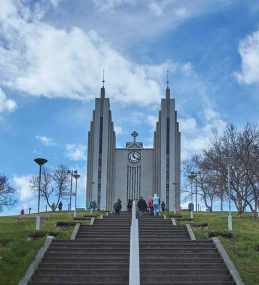 The capital of the North: Akureyri

Northern Iceland has even more highlights to be excited about. Akureyri, for example, is often referred to as the capital of the North and has become a popular destination for cruise tourists, although there’s also an airport nearby. In Akureyri you will find a wide range of shops, cafés and restaurants. You will also have the opportunity to do some sports if you like, as Akureyri is a perfect place to go skiing during the winter months. The city’s university was founded in 1987, and you can also visit several museums and a botanical garden. 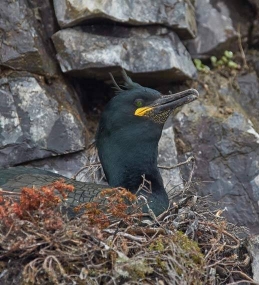 Marvel at the Wonders of Nature at Mývatn

Mývatn (in English: mosquitoes lake), is another place worth seeing in Northern Iceland. The lake is located in an area known for its volcanic systems. Mývatn itself was also formed by a volcano. The whole area is volcanically active and besides boiling mud pots and natural geothermal baths, you can also admire steaming fumaroles (volcanic steam vents). It is also good to know that Mývatn is Iceland’s largest breeding area for ducks. The lake got its name from the sometimes huge cloud of mosquitoes that can be seen above the lake in summer. 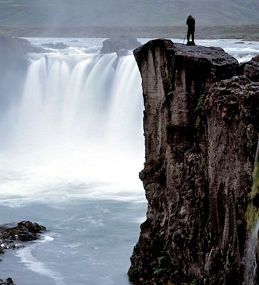 Get to Know Europe's Most Powerful Waterfall

The largest waterfall of Northern Iceland, Dettifoss (in English: plummeting waterfall), lives up to its name as the water-richest and most powerful waterfall in Europe. It is about 100 meters wide and its water masses plunge over 45 meters into the depths. In the summer months, its water volume is about 1,500 cubic meters per second. Its sheer endless power and the roaring sound of the masses of water are definitely worth a visit. 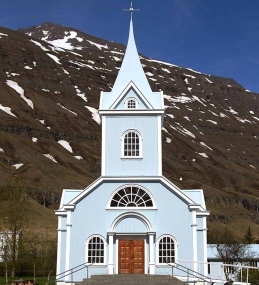 Seydisfjördur – A Picturesque Town in the East of Iceland

The small town Seydisfjördur is situated idyllically by the water in the East Fjords of Iceland and impresses with its colorful wooden houses. You can visit concerts in summer in the small light blue church of the village and from Seydisfjördur you can also go on wonderful hiking tours along rivers and waterfalls. In the town center you will find cafés, restaurants, small shops and studios of artists who have taken the small town into their hearts. One of the city's highlights is the Technical Museum that opened in 1984. Here you can spend your time in case the weather is bad. 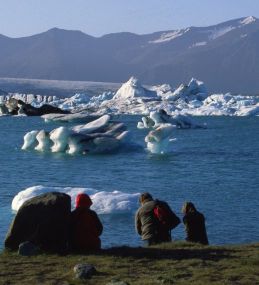 With icebergs constantly breaking off from the largest glacier in Europe straight into Vatnajökull lagoon, a trip there offers an up-close glimpse at one of the great spectacles of Icelandic nature.  A great way to experience the magic of the lagoon is sailing among the huge icebergs, marveling at the natural ice sculptures and the shifting colors of the ice. In total, the glacier covers an area of about 8,100 square kilometers, with an ice volume of about 3,000 square kilometers. Many of Iceland’s active volcanoes are hidden under the massive glacier, which is about 900 meters thick at some spots. Bárðarbunga and Grímsvötn are the two most active volcanoes under the glacier. Grímsvötn has erupted about 60 times in the last 800 years, most recently in 2011. Its ash cloud disturbed the air traffic for several days.

In the glacier lagoon Jökulsarlon icebergs with a height of up to 15 meters float within reach. On a boat tour through the lagoon, you can slide between the icebergs and experience the unique natural spectacle at close range. In addition, the lagoon has often served as a filming location for numerous well-known movies, including James Bond, Tomb Raider and Batman Begins.

Next to the lagoon there is a black beach, also called "Diamond Beach", because the blocks of ice lying around sparkle like oversized diamonds in the sun when the weather is good. 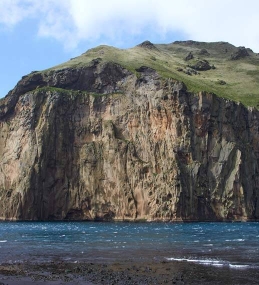 A journey to any of the 15 Westman Islands offers an ideal chance for birdwatching and getting back to nature. In the past, slaves who the Norwegian settlers brought with them from the British and Irish Isles were referred to as Westmen.

The islands are a real natural paradise. The steep cliffs and lush vegetation are home to more than 30 avian species which nest in the cliffs and grassy ledges, as well as about 150 plant species and 80 types of insect. However, the islands are located in an active volcanic zone with the people of Heimaey (the only inhabited island) living with the constant threat of violent eruption. In many places you can still see houses half buried by lava and ash from the last major eruption in 1973, which destroyed half the town. Golf lovers are also taken care of, as one of the 100 best golf courses in Europe is located at the foot of a volcanic crater, making it one of the most beautiful golf courses in Iceland.